This badge shows Mao's house in the Wuchang district of Wuhan, with the front door flanked by rows of red flags.

With a slight exaggeration due to revolutionary enthusiasm and/or local pride, the reverse inscription implies that this was the future Chairman's home 1926-1927. 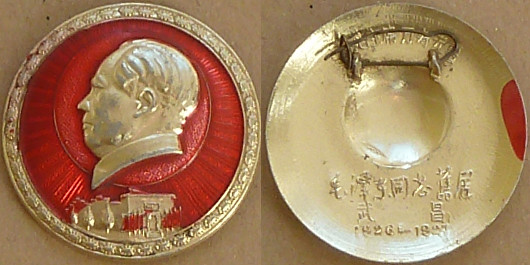 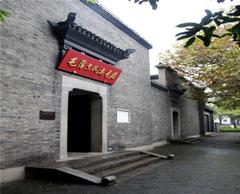 When Mao first went to work in Wuhan toward the end of 1926 he was unaccompanied and lived in a small apartment. At the beginning of 1927 he rented this spacious house at 41 Difudi, Wuchang as a family home for himself, his wife and two children, and with enough room for a series of guests. While living in this house Mao wrote his famous Report of an Investigation into the Peasant Movement in Hunan. 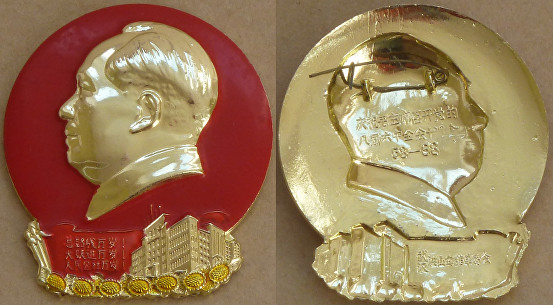 The badge at right shows the Hongshan Hotel in Wuchang. It was issued by the hotel's revolutionary committee to commemorate the 10th anniversary of the 6th Plenum of the 8th Central Committee, held in the hotel 28th November - 10th December 1958.