Although the railways handled most long-distance transport, and many rural districts lacked petrol stations and even roads, motor vehicles played an increasingly important role in the distribution of people, produce, materiel and other supplies. In 1956 the first Chinese-built truck, the Jiefang (Liberation) CA-10 was produced in Changchun. In 1958 a second model, the Yuejin (Leap Forward) NJ-130, rolled off a production line in Nanjing.

The two trucks looked very similar, with the front of the Yuejin being more angular. By the mid-1960s these vehicles had become ubiquitous. 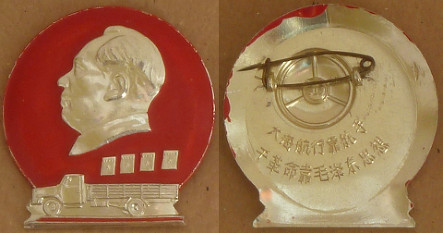 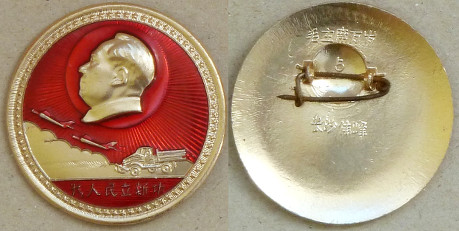 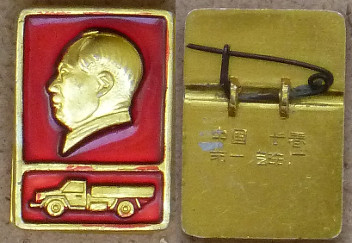 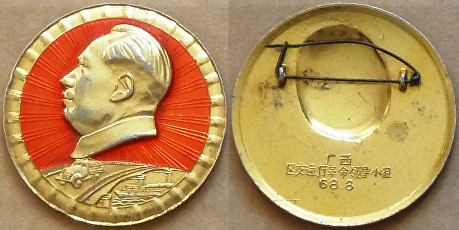 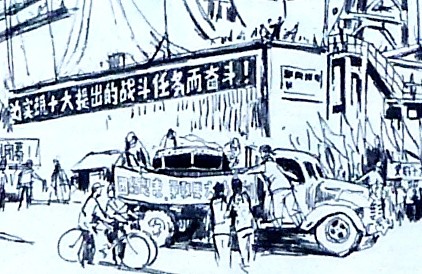 Some badges illustrate the role of trucks in an integrated transport system.

Above left: crossing a bridge with a riverboat beneath, issued by Guangxi Communications Department Revolutionary Leadership Team

Above Right: paired with a locomotive, issued by the Military Heavy Transport Revolutionary Committee

Left: workhorse of revolution - a rather traffic-worn Jiefang truck spreading the good news of the 10th National Congress in a shipyard.