The Quotations was a handy, pocket-sized aide-memoire. The full force of the spiritual atom bomb that was Mao Zedong Thought was contained within the four volumes of his Selected Works.

On Maozhang the inclusion of a globe signified the worldwide appeal of his revolutionary message.  Jet planes may indicate air force involvement; alternatively they may just be a visually convenient symbol for China's military preparedness. 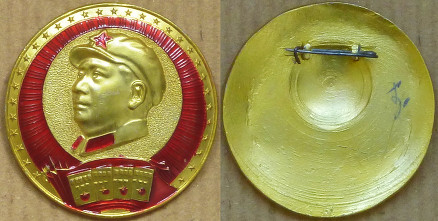 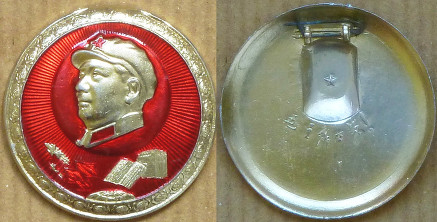 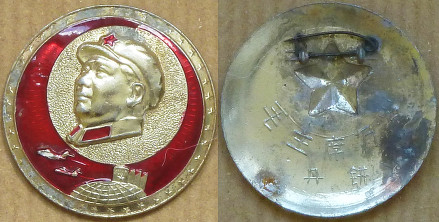 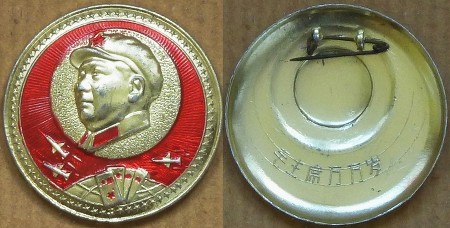 On the reverse of this badge two concentric guidelines can be seen. These were inscribed by the die cutter to ensure that the characters of the inscription were correctly aligned. 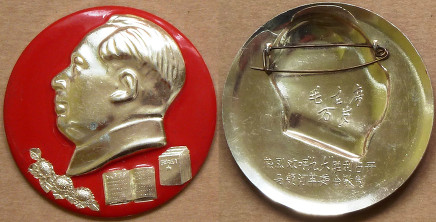