Hongyan Cun (Red Crag Village) is located on the Jialing River in Chongqing. This three-storey building was rented by Zhou Enlai in his own name in 1938, and it became known locally as Zhougong Guan (Mansion of the Zhous). Zhou lived there for several years, as did several other senior cadres. In addition to residences, the building also housed the headquarters of the Eighth Route Army, the offices of the Communist Party's Southern Area Bureau, and a radio room for communicating with Yan'an. 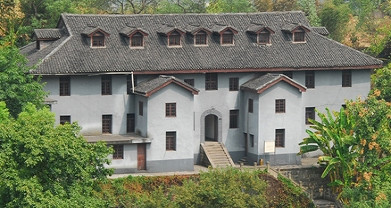 The continuing importance of Red Crag Village as a site of revolutionary heritage is shown by these two recent "red tourism" badges. The "souvenir" badge below specifically links the site with Zhou Enlai - "the people's good prime minister" - rather than with Mao. The badge at right has the reverse inscription "reverently commemorating" 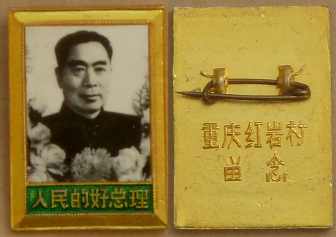 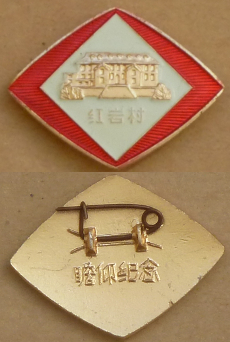