Maozhang were a bottom-up phenomenon. Initially worn by activists and Red Guards, the very rapid growth in the popularity of these bright, red and shining badges of participation meant that they became an existential necessity for institutions at every level from individual factories to entire government departments. It is perhaps coincidental that these examples issued by ministries are devoid of rousing revolutionary inscriptions.

The badge at right was issued by the adminstration office of the State Council (headed by Zhou Enlai), which previously had been synonymous with "the government"; this role was increasingly subverted by the Central Cultural Revolution Group. 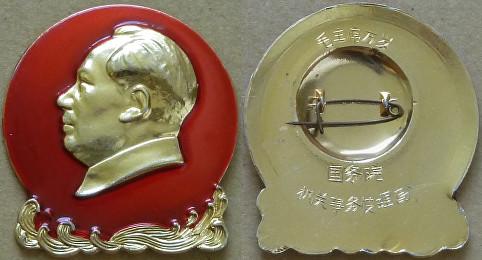 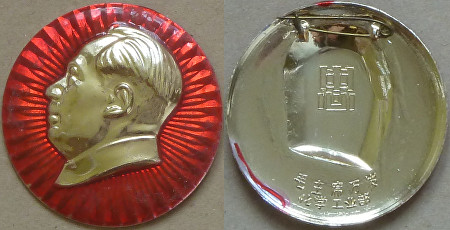 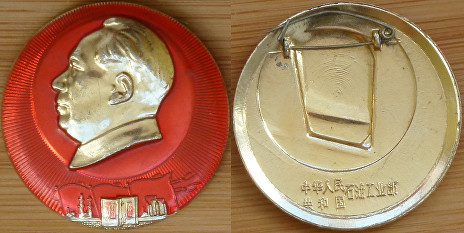 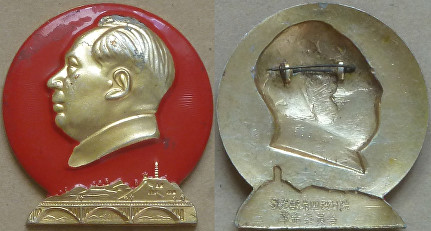 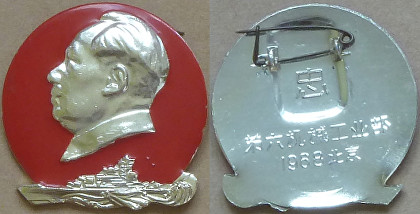 In 1970 the ministries of chemical industry and petroleum were combined as the Ministry of Fuel and Chemical Industry. The Ministry of Railways was abolished in 1966 and reinstated in 1975 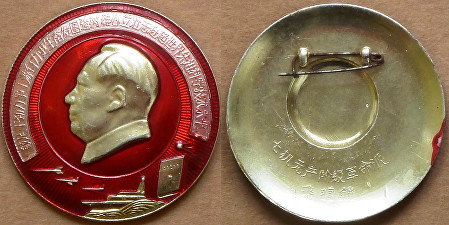 The badge at right bears a rousing obverse inscription, "Going all out for self-reliance and striving to surpass the world's advanced scientific and technological achievements"; it was issued by Proletarian Revolutionaries at the Seventh Ministry of Machine Industry. 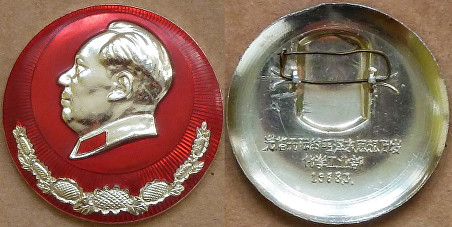