On 4th August 1968 the visiting foreign minister of Pakistan presented Chairman Mao with a basket of Pakistan's national fruit, the golden mango (Mangifera indica). The following day, in what was undoubtedly a pointed gesture, Mao instructed that the mangoes be given to the Workers' Mao Zedong Thought Propaganda Team that had been sent to overcome violent Red Guard factionalism at Beijing's Qinghua University.

Mao's "gift of the mangoes" became an overnight sensation. In the overheated atmosphere of the Cultural Revolution, China was swept by mango fever. Everybody wanted their own taste of the Chairman's kindness. Attempts were made to preserve the half-rotten originals in formaldehyde, and hundreds of wax replicas were manufactured and distributed. Encased in specially constructed glass cases, their arrival in cities and factories was greeted with enormous fanfare and mass adulation. Gigantic papier-mache mangoes featured prominently in October's 19th National Day parade, by which time wax mangoes were among the higher-priced goods on the shelves of big-city stores.

For the next few months the mango motif was widely used to decorate tableware, fabrics, packaging, and Maozhang, either by itself or combined with other revolutionary symbolism. By the time the 9th National Congress ended in May 1969, the golden mango had faded from the Cultural Revolution's visual repertoire. 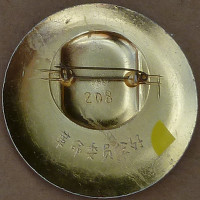 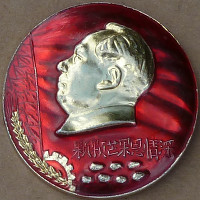 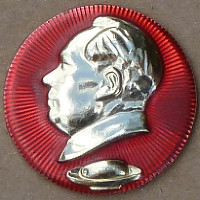 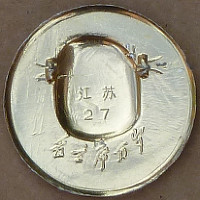 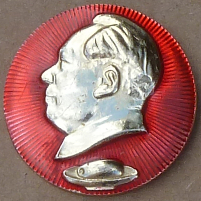 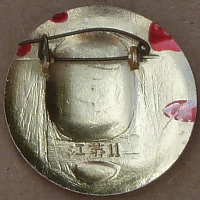 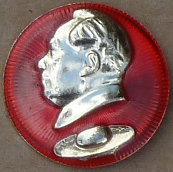 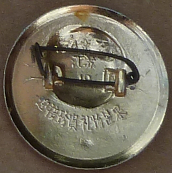 "With each mango great kindness"