This Long March commemorative set was issued by a Revolutionary Rebels Liaison Station. The reverses are identical and are numbered 10-1 to 10-10. 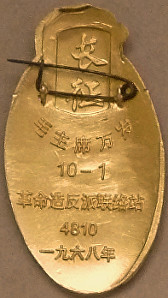 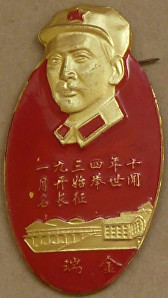 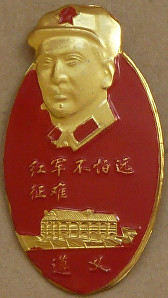 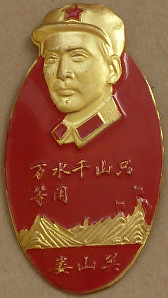 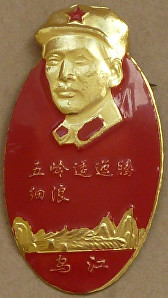 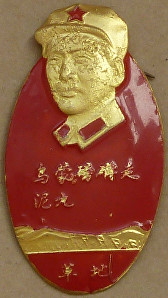 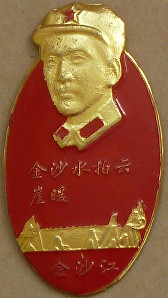 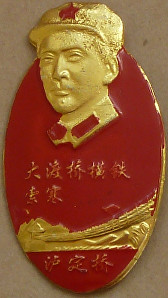 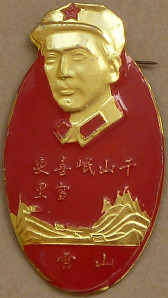 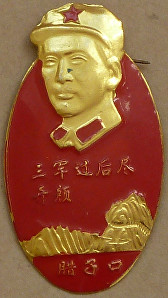 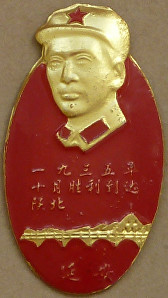 The Red Army fears not the trials of the March,

And the majestic Wumeng roll by, globules of clay.

Warm the steep cliffs lapped by the waters of Golden Sand,

The three Armies march on, each face glowing.

* The location of the grassland (cao di) at this stage of the Long March is unknown. If it is intended to be the infamous swampy Grassland that was a major obstacle near the end of the march, then it should be located between 10-8 and 10-9. The location at 10-5 may be an error.

Transcription by the Maoist Documentation Project