The composite industrial skyline is a visual trope that has no intrinsic political meaning - on Russian socialist posters of the early 1920s it served equally well as a backdrop for portraits of Karl Marx or bloated capitalists. During the Cultural Revolution, whether used to represent achievements or aspirations, the industrial skyline was inevitably energised by the rays of the Red Sun magnified by the lens of Mao Zedong Thought. 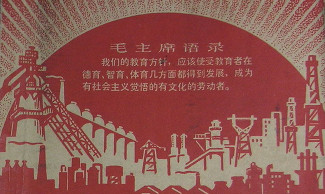 Detail from the front cover of a middle school maths textbook, Shanghai 1969

The opening of the Daqing oilfield in 1960 was a sorely needed socialist success, and Daqing was hailed as the model for large-scale industrial enterprises. The slogan "In industry learn from Daqing" essentially meant that workers should follow the voluntarist, can-do example of "Ironman" Wang; overcoming difficulties through the determined application of human will and the constant study of Mao's published works. 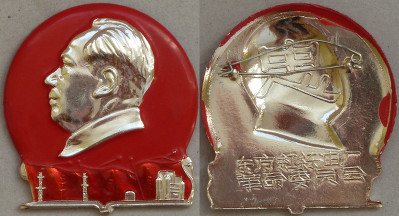 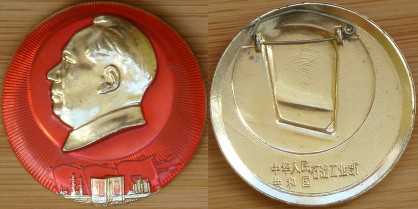