Red Guards had originated in high schools and there they remained; although under PLA-dominated revolutionary committees Red Guards were relegated to the status of classroom monitors.

One pupil from Chongzuo City High School in Guangxi Zhuang Autonomous Region inscribed by hand "Long Live Chairman Mao" on the back of her committee-issued badge (at right) - a seemingly essential sentiment that was otherwise lacking.

Child soldiers - "Little Red Devils" - had played a significant role as adjuncts of the Red Army during the 20 years of warfare that preceded the founding of the People's Republic. Mao's 1958 call to establish the militia in a "big way" reinforced the idea that widespread knowledge of modern weapons was highly desirable. Education began in school, and before leaving primary school boys and girls were expected to understand the basic components of guns, bombs, and bullets.

At left: This badge issued by the Nanning City No. 1 High School Revolutionary Committee, carries the inscription "Military Training is Good" in Mao's calligraphy. 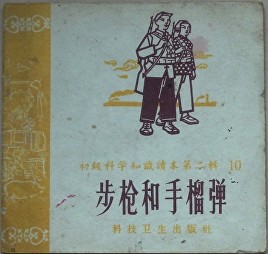 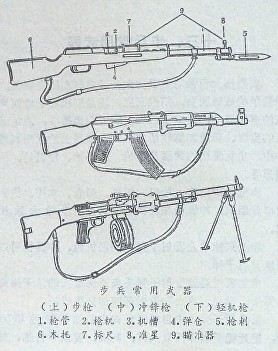 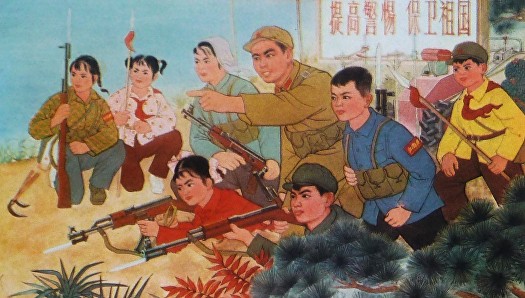 Formal military training was introduced to high schools in 1968. In some schools this training consisted of no more than 30 minutes of running around a field. In other schools, however, the training extended as far as the shooting range, as shown in this detail from a 1977 album of Shanghai high school students' artwork.