"Sailing the seas depends on the helmsman, 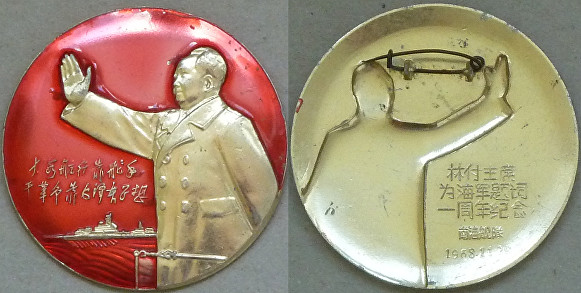 This formulation became one of the most familiar and widely referenced slogans of the Cultural Revolution. The badge at right commemorates the first anniversary of Lin Biao inscribing these words on 29th November 1967 during a ceremony to recognise naval personnel deemed to have made exceptional progress in the study of Mao Zedong Thought. Through this and similar commemorations the slogan became closely associated with Lin, and it was (and is) often attributed to him. The slogan consists of two lines lifted from a 1964 revolutionary song. The first line (and title), "Sailing the seas depends on the helmsman", was included in a People's Daily editorial on 15th August 1966, and Chen Boda quoted it three days later during his speech to the first Red Guard rally. Although the song was widely known by 1967, it is entirely possible that Lin was the first person of note to blend the two separate lines into a single slogan. 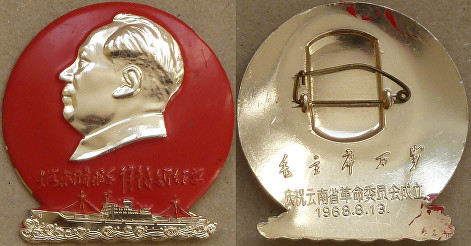 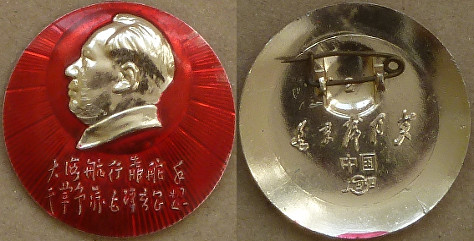 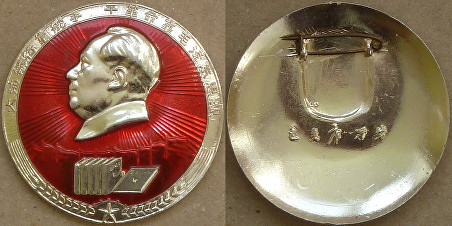 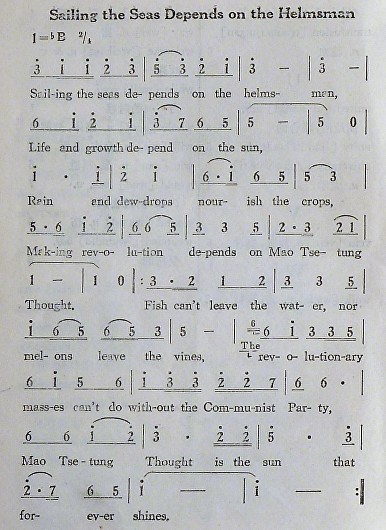 Lin's calligraphic inscription was reproduced on numerous Maozhang, and the English translation on the reverse of the badge at left clearly attributes these words to him.

The words and music above left are taken from a middle school English textbook published by Henan Revolutionary Committee Education Bureau in 1972.

Note that both the badge and the textbook still used the Wades-Giles forms Lin Piao and Mao Tse-tung (sic).

The slogan was also inscribed in standard characters around the obverse rim of some badges.