Mao convened the Gutian Conference on 28th Dec 1929 to review military activity since the failure of the 1927 risings. His proposal "On the Rectification of Incorrect Ideas in the Party" (Selected Works Vol 1) contained a detailed analysis of the successes and failures. The adoption of Mao's proposal was of major significance to the development of the Chinese Workers' and Peasants' Red Army. The Gutian Conference established the CCP's absolute leadership over the armed forces; that soldiers should receive intensive political education; and that the army should actively engage in propaganda work. 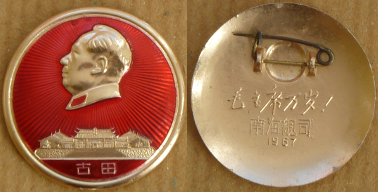 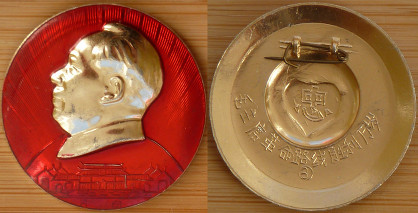 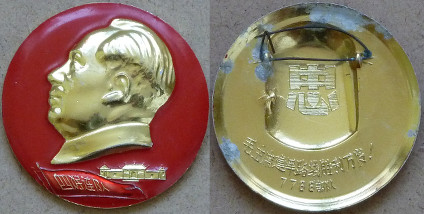 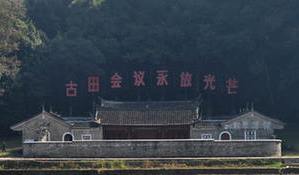 The spirit of the Gutian Conference was invoked on this "Four Good Company" badge issued by Unit 7788.

The conference was held in this schoolhouse at Gutian in Fujian 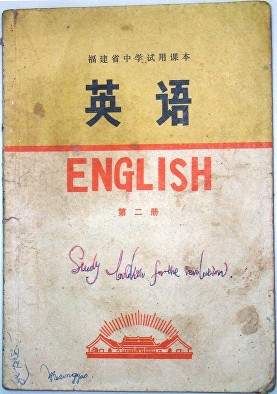 Gutian also represented Fujian's "stake" in revolutionary history. During the latter part of the Cultural Revolution it appeared on the front of the province's school textbooks appropriately embellished with sunrays.