The pine bough, the clouds and the mountain peaks are all visual "quotes" from the poem. 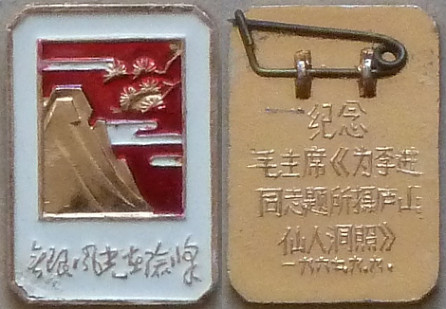 Amid the growing shades of dusk stand sturdy pines,

Nature has excelled herself in the Fairy Cave,

On perilous peaks dwells beauty in her infinite variety.

from: Poems by Mao Zedong 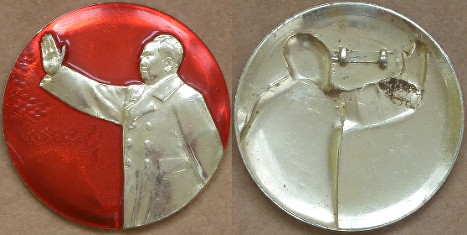 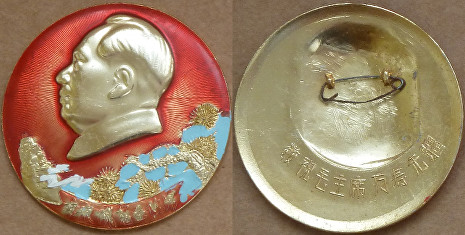 Of all Mao's poetry, lines from this poem were probably the most frequently used on Maozhang. The two badges above carry the obverse inscription, "On perilous peaks dwells beauty in her infinite variety". The visually emphatic pine branches on the right-hand badge reinforce the inscription on the reverse that wishes eternal life for the Chairman.

The badge at left commemorates the sixth "anniversary" of Mao's short poem, Inscription on Comrade Li Jin's Photograph of the Fairy Cave at Lushan, which he wrote on 9th September 1961.

The large badge at left has the inscription, "Amid the growing shades of dusk stand sturdy pines", clearly messaging that Mao was the sturdy and enduring pine.