Although it lacked the drama and headline appeal of steel production or drilling for oil, the chemical industry was of equal importance in achieving the twin goals of modernisation and (following the split with the USSR) self-sufficiency. In addition to the the wealth of downstream products (e.g. paint, plastics, and pharmaceuticals) derived from oil-refineries; rock salt was processed into soda ash for glass and bleach, and nitrate deposits were converted into fertilizer and explosives.

The badge at right was issued by Beijing Number Three Chemical Plant. 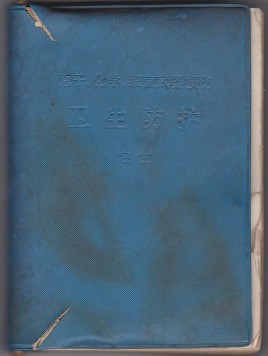 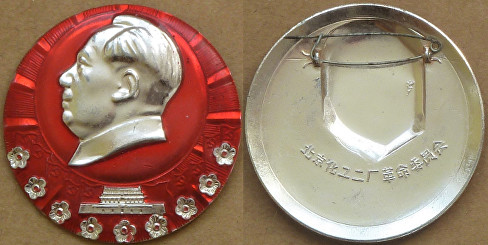 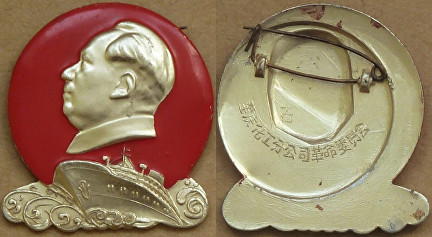 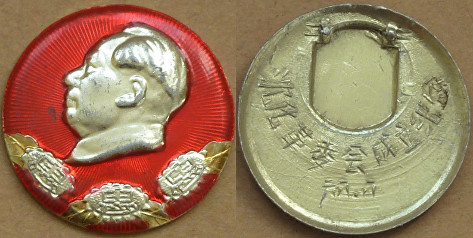 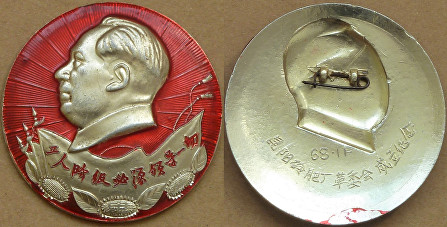 Like many other nations in the 1960s, China maintained a chemical warfare capability; and both the PLA and militia were trained, to some degree at least, to face chemical weapons.

Above: badge issued by the PLA Institute of Chemical Defence, which was established in 1954

The badges above were issued by (left) Chongqing Chemical Industry Branch Office, and (right) Shenyang Chemicals.

The badge at left, with the obverse inscription "The working class must command all", was issued by the Kunyang Phosphate Fertiliser Factory which had been set up to exploit Yunan's vast phosphate deposits.

During the Cultural Revolution fertiliser factories were prime targets for rebel groups because they could be easily converted to produce explosives. Rebels who took control of one such factory succeeded in producing more than 20,000 improvised hand-grenades. 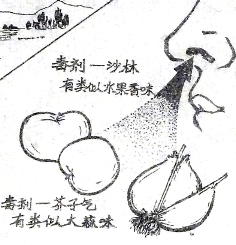 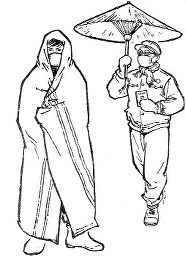